Italy, many 1 euro houses at the seaside

In Italy, there are 1 euro houses by the sea 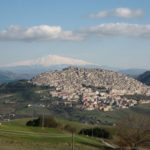 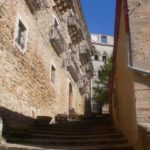 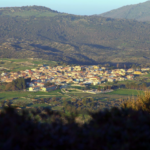 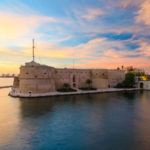 €1 houses in Italy, what you should know:

More and more Italian municipalities are joining the initiative for the sale of properties at symbolic prices. Among these, several places that have published the tenders are located near seaside resorts, from Sicily to Sardinia, passing through Puglia, Calabria and Lazio. Here is the list of 1 euro houses on the sea.

The formula of the calls with which Italian municipalities sell houses for 1 euro is more or less the same at all latitudes. The administration makes a screening of the abandoned houses and contacts the owners, offering them the sale at a symbolic price rather than incurring the expenses for the renovation of the same. The buyer, then, must guarantee the safety works within a set period of time.

In Italy, there are 1 euro houses by the sea even on the splendid northern coast of Sardinia. The announcement is also being considered for the historic center of Sassari, which has been experiencing continuous depopulation for thirty years now. There are many dilapidated and abandoned houses, which with the passing of the years also begin to become a danger.
Also in the province of Sassari is Romana, a village of about 500 inhabitants which is 40 km from Alghero and 35 from Sassari. It is located 267 meters above sea level in the Meilogu region, but the sea of the neighboring towns is easily accessible. The town is located on a plateau formed by volcanic and limestone rocks, and in the surroundings there are karst landscapes, such as the Inghiltidolzu cave in the nearby Santu Giagu valley.

While in Puglia the municipality of Taranto has also renewed the initiative to sell houses for 1 euro for 2021. This is an initiative created for the repopulation and revitalization of the socio-economic system of the old city, through the recovery and enhancement of abandoned properties. The goal is to create a housing network, but not only. The ideal would be to see the emergence of a widespread tourist-accommodation network.


1 euro houses at the seaside, the map of the municipalities near seaside resorts in Italy,  and that of all Italy

1 euro houses in the most beautiful village in Italy

In 2014 the small town of Gangi, in the province of Palermo, was elected the most beautiful village in Italy. Yet the historic center of this charming Sicilian village, with the passage of time, has experienced a sort of abandonment and many of its houses have ended up in ruins. With the aim of recovering and enhancing the heart of this town, which today has about 7,000 inhabitants, the mayor Giuseppe Ferrarello has thought of a very special initiative: to assign old buildings for tourism-accommodation or housing purposes free of charge. There is only one condition: to restore them within three years.

Also in Calabria, in the municipality of Cinquefrondi, the 1 euro houses project was renewed for 2021, which provides for the sale at a symbolic price of old and abandoned buildings located in the historic center. As with the other calls for tenders, the purchases are bound to the renovation and safety measures.

Among the municipalities that have joined the 1 euro houses initiative, in Lazio, there is also the medieval village of Maenza, which rises in a privileged position to reach the Pontine seaside resorts at the foot of the Circeo, including Sabaudia, Gaeta and Terracina, just to give a few examples.

If the map gives you difficulty, we include a complete list of municipalities where the 1 euro Case project was undertaken.