The price decline seems to be contained, but there is no recovery despite an increase in sales

MILAN – The Italian real estate is struggling to get rid of the waste of the crisis. The main investment of the Italians, the house, remains on valuations still far from the levels of the beginning of the decade: compared to the average level of 2010 (first year of availability of the historical series), in the second quarter of 2018 it had decreased by 15,8%. 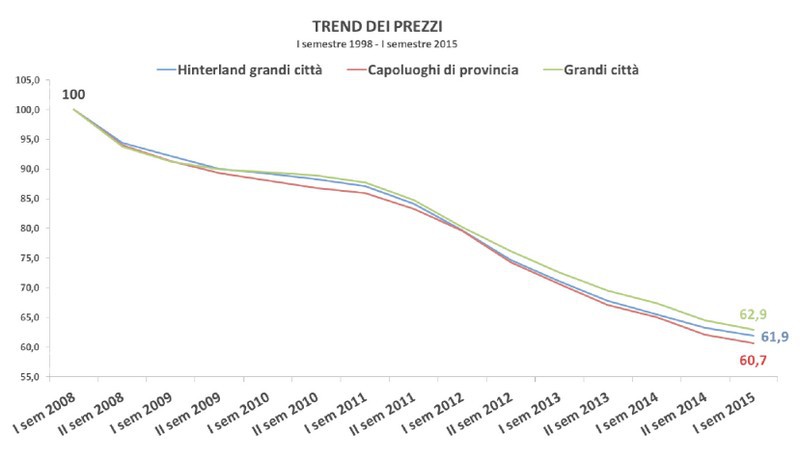 This is shown by the ISTAT data, which explain the decline exclusively in relation to existing homes, whose prices fell by 22.1%, while new homes recorded a slight increase (+ 0.8%).

The price impact of the 2008 crisis

As far as prices are concerned, a study carried out by Technocasa, the first network of real estate agencies in Italy, showed that, from 2008 to 2015, the trend has always been negative, in big cities, in the hinterland large cities and in provincial capitals. The value of buildings fell by 37.1% in the major cities, by 38.1% in the hinterland and 39.3% in the provincial capitals.

In the second quarter of this year, the price index for households increased 0.8% from the previous quarter and was down 0.2% from the same period in 2017 (from -0.5% in the first quarter of 2018). In this case too, the slight downward trend is entirely attributable to the prices of existing homes, which recorded a negative variation of -0.7%, down from -1.0% in the previous quarter.