This is why Italian real estate continues to depreciate 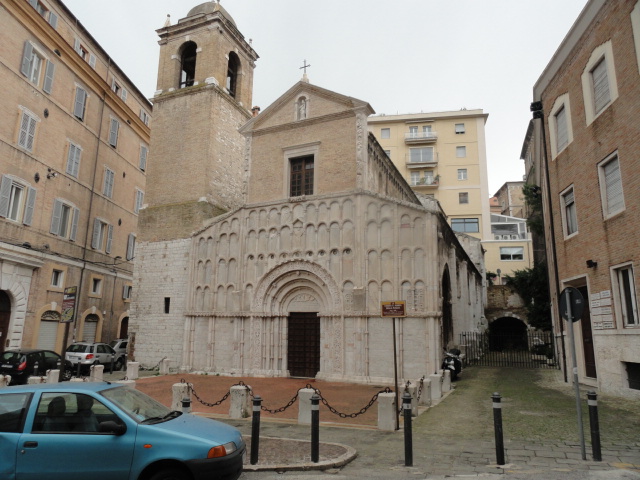 Old houses and short-term rent boom: this is why Italian real estate continues to depreciate.

While new properties are seeing rising prices, existing real estate continues to decline, a unique case among emerging economies. Why? On average, in the first three quarters of 2018, compared to the same period in 2017, house prices fell by 0.6%. Existing home prices (over 80 per cent) are down 1.0 per cent and new homes are up 1.2 per cent. Compared to the 2010 average, the first year for which the historic series of housing price index is available, housing prices fell 16.7% in the third quarter of 2018, due exclusively to existing housing that has slid by 22.9%, while new housing has seen an overall increase, although low (+ 0.2%). The rate of change in the housing price index for 2018 is negative and equal to -0.5% .

Curious reality: housing prices started to fall, but at the same time, trade continues to increase. As the law of supply and demand teaches, the price of the most demanded commodity starts to increase, precisely because there are more and more people wishing to buy it. Apparently, in Italy, this law does not work. But only in appearance: actually, in Italy only buy those who can afford it: those who have a stable job, who sell their property, or the parents for their children. With the complicity of interest rates on mortgages that are at a historical low in this period. It remains nonetheless that, despite the recovery of 2015, sales are still far from pre-crisis levels. The data released by ISTAT, the National Institute of Statistics, are quite true, but it is not quite true that Italian real estate depreciates. In fact, in the third quarter of 2018, the value of new homes increased by 1.2% compared to the same period of the previous year. And in the second quarter, the increase was 1.4%. The problem lies in the existing houses. This is due to many factors, including a physiological devaluation, because in recent years, the price of these properties had increased too much, and the fact that Italians maintained on average very few homes. The price of a house that has never been renovated collapses. Whoever buys wants a beautiful house, but on the market, he finds mainly ugly ones. The result can be twofold: either you do not buy, or you do it at reduced prices, because the buyer has to take into account the costs of the restructuring. Indeed, the new houses, built in the city, are selling well and even quickly.

The increase in rentals

To depress the real estate market, there is also another factor: Italians are starting to rent again. Conventional 4 + 4 contracts are on the rise, but there has been a boom in short-term rentals especially in large cities, or in tourism. A house that, a few years ago still, would have been on sale is now rented, perhaps on platforms like AirBnB – and it’s clear that, if I remove a stock of well-maintained properties in an excellent position, the average quality of homes for sale decline.

Italy is still lagging behind the most advanced economies. Because in the rest of Europe and in the world, the real estate market started to recover from 2012 to return to pre-crisis levels in some cases. According to data from the BIS (Bank of International Settlements), between the end of 2017 and the end of 2016, in the most mature economies, the price of real estate rose by 3% in real terms.

The situation remains that of a depressed market. In Italy, most people over 65 own one or more properties. When these people die, a generation of Italians will inherit. But this stock of homes is destined to end up on the market, both because not everyone has the means to keep them and the number of houses will be higher than the number of people who inherit them. The result? The price of real estate will go down. According to the President of Scenari Immobiliari, it is only a matter of time: the real estate market in Italy depends on inflation. As soon as it resumes, even housing prices will rise. Provided that the construction sector is also taken over. So far, the recovery has been observed only in Milan.